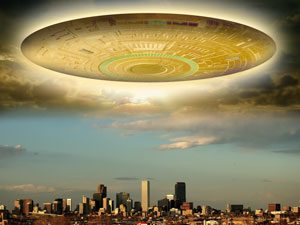 Ezekiel's Vision of a Wheel

is a Reality Now

It is useless to try to ignore Ezekiel's vision of the wheel, for the make and the destructive work of the wheel was foretold before it came to pass.

This is what the enemy is trying to do today with the Black Man. He is fascinating him with sport and play and indecency and the doing of evil to keep him from going to the God Who is present.

The U.S. Government knows about these wheels’ direct connection with the Nation Of Islam (N.O.I.) and Black people, which explains the real reason why the Government has classified this topic as ‘above top secret.’

In February of 1942, America witnessed perhaps its first major encounter with UFOs in what has now been termed “The Battle of Los Angeles.” During this historic encounter, a huge wheel-shaped craft and a few smaller ones were spotted off the coast of LA, alarming the U.S. Armed Forces who attempted to intercept the oncoming objects. Unfamiliar with the composition and origins of these crafts, the Armed Forces issued a complete black out of the city before firing over 1400 rounds of heavy anti-aircraft artillery at the large object, only to find that the object didn’t budge.